Howdy! Long time no post, eh? Well, not really, I have been busy getting accustomed to my new website which I put a lot of energy into building over the last month. I did build it myself (please, you can hold your applause, I don’t mind), and so it took a ton of time and it also is a little on the DIY side as far as websites go. I am sure you will enjoy it though, since you managed to survive the many months of me typing and publishing off of a tiny smartphone screen. I have a lot of faith in you.

So, I have been hearing from some of you asking me what’s up and sending me sweet sentiments. I am ever so grateful for that! Coming off the road is an intense thing and it has involved a lot of changes and adjustments that were as shocking as they were expected. Sometimes reality has a way of being really real. It is a quandary I am still trying to figure it out.

Here is just a few of those changes:

First off, I am a person who did cool things and I learned a lot, but it turns out I am still me. I have found this to be as shocking as it was expected. Actually, I have found it be very shocking.

To speak more on that point, no matter how much I learned on the road I have come to find that I still have to work on applying the gained wisdom. Another example of how me I really am still is something I have learned from other human’s demonstrated interest in the adventure. People tend to ask me about my trip, as to be expected, and it turns out I am actually rather shy about the whole thing. I feel the adventure is like the cute dress that I wore to a party. I just want the other party goers to see me and say, “hey,” as though my cute dress is not really a part of the conversation, and in fact just an outfit I chose to wear. Instead the dress becomes the only conversation and the party-goers say, “Oh my goodness! You look so cute tonight! I don’t ever see you get done up like this! Where did you get the dress?? Are you wearing makeup???” As the person playing it cool all the attention makes me rather self-conscious, and besides, it isn’t that cute of a dress.

Except, what is really happening in real life is people are saying, “oh, you are cool, I guess I didn’t know,” then they invite me to hang, and be cool, and repeat my stories about being cool for the millionth time because they haven’t yet heard them.

Just like person at the party in the dress analogy, these people mean well, but it does make me almost feel like I am being boiled down and judged merely by my experiences.

Don’t get me wrong, though, I am not complaining, merely observing. I admit, however, that it sometimes can become difficult to deal with and then I have to pull out some of my lessons from the road and apply them.. I really am me.

The second change that was shocking and a little less expected I have fallen on love.

I just so happened to meet the guy I didn’t ever think I would here in the woods where I parked Little Wing. His name is Cassidy, you will all meet him in the coming blogs that I am posting on my new site.

Cassidy is worth a lot of gushing, and I am guilty of doing so, but I also very much dislike to admit my soft underbelly, so I will spare you and just say that I am as shocked as can be.Also, taking the leap into a real relationship with another human was more frightening than riding a motorcycle through L.A. traffic during rush hour, but unlike said ride it is proving to be a pleasant adventure and totally worth it.

Aw, what a romantic.

And now, onto the third adjustment: parking Little Wing for the winter.

I may have rode through twenty four states and put on the miles of an experienced motorcyclist, but I have realized I have no clue how to tuck in a motorcycle for winter. I didn’t bother to get around to the simple task until mid-November, and I am not sure if Little Wing will like me for it come spring, but I suspect we will find out.

There is one thing I know for certain, it is too cold for another bike trip this year, and so Little Wing will remain safely cuddled under his tarp until next year.

I don’t write off an adventure this year, and if the passage of time and snow don’t sit with me well I may load up another vehicle of sorts, pack Cassidy in (if he wants), and take off for somewhere warmer. Winter may or may not chase me back to the road, but I now for sure that my days of adventure are not over. I have much to learn. For now, though, Little Wing is parked. I am retiring this blog for the time being because it doesn’t seem right to use Little Wing’s name now that we have parked ourselves for a bit. The continuation of my story can be found at this artist page that I keep speaking of.

I am using my new website as a platform to show off my art so if you haven’t yet saw my art than the site is a cool thing to check out. I am also using the new site to sell said art. I will continue to blog about my life there and if you want you can follow me over and continue to read and get updates. I would love to have you. 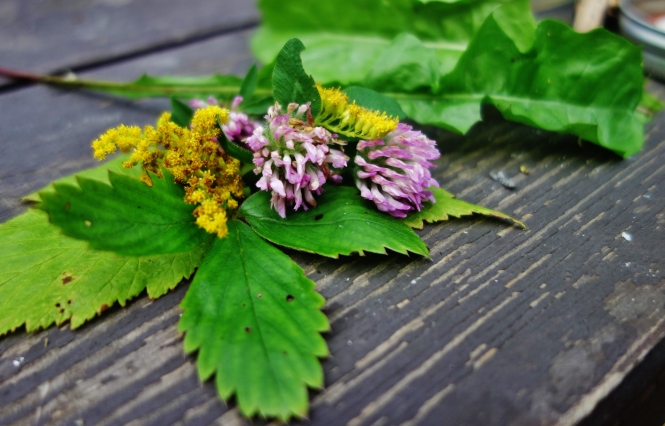 I am so glad that you followed Little Wing and I around the country. I am sure that we will be taking off again so don’t abandon this blog entirely, it isn’t done.

By the by, the fourth and final change that was more expected than shocking is the fact that I am writing a book. The book may or not ever be finished, but it is being written. I am hoping that I can find it in myself  to write everything down in a concise way, while also adding in all that I didn’t document. There was is a lot and I am not prone to brevity, so — once again  — we shall see.

I would like to thank you for reading and being with me through all of the beauty and potholes that Little Wing and I found. I feel much gratitude for you.